Chandra daCosta remembers her first career ambition as wanting to be a sports reporter. Her interest was sparked by talking to people and listening to their stories, more focused on the human interest side of things than actually reporting on sports. It was therefore a natural progression for her to transition into filmmaking, and now as a seasoned producer, she gives people a voice.

DaCosta believes that everyone has a story to share, and that philosophy is rooted in her array of work. She has contributed to the success of many acclaimed documentary series, including Surviving R. Kelly, Going for Broke, and Cruise Buzz. Her experience is vast, from working on television series to radio shows, such as a Timeless Today special, featuring Global Peace Ambassador Prem Rawat. No matter the medium, daCosta uses her extensive knowledge and skill to help bring a good story to audiences around the world.

“I love the possibility of working on a variety of projects, and just connecting people to different areas of life while sharing their stories with an audience that otherwise would not know their world exists,” she said.

It was working on the docuseries A Wedding and a Murder when daCosta had the opportunity to work on one of her favorite genres: true crime. Marriage is supposed to be a happy time in a couple’s life. With engagements, weddings, and picturesque honeymoons – hope and happiness were in abundance until a tragic and very mysterious death occurred to cut short these joyous celebrations. On A Wedding and a Murder, viewers learn when the red flags started showing up – were these episodes linked to depression or manipulation? Did everything happen because of prophetic dreams that led the killer to fulfill a divine mandate, or was there something lurking beneath the surface that no one knew about?

“True Crime is such a fascinating genre and I loved how the entire team was so adamant about telling the stories with kindness and sensitivity. It was so much about the people and their personal stories rather than just the “entertainment” factor, so I knew the stories would be told with care and compassion. I liked how the series was centered around a love story of sorts, tragic, nonetheless. I think it’s important because we honored the love story part of each episode,” she said.

“I worked with Chandra on two seasons of A Wedding and A Murder. Not only is she a pleasure to work with, but I couldn’t have done my job without her being so great at hers. From casting, to finding and securing locations, to wrangling actors on set and helping with wardrobe, to helping with schedules, logistics, and shot lists, Chandra is a Swiss Army knife of talents. She has a special ability to connect with people – and connect people – traits that makes her an invaluable producer. Combine those with her work ethic and positive attitude and you quickly understand why she’s such a valuable asset to any production,” said Supervising Producer Charlotte Glover.

It was her team that made working on A Wedding and a Murder such an outstanding experience for daCosta. Everyone on board respected the sensitive subject matter, and daCosta was always confident that the stories would be told with care and compassion and that the final project would be something she would be proud to be part of.

“Chandra was one of the best producers I have ever worked with. Her work ethic is unparalleled and her ability to think outside the box in solving problems saved our production on a daily basis. She is also very professional and kind to all cast and crew alike and is the best person when it comes to handling actors. She is smart, thoughtful and experienced, making every project better,” said Director Zaki Rubeinstein.

Undoubtedly, daCosta is a dynamic force in her industry, with a lot of exciting projects ahead of her. She has worked hard to get to the position she now holds, and offers wise words to those looking to follow in her footsteps.

“I would say buckle up and enjoy the ride because no matter what your personal trajectory is, you will need to be comfortable with being your own motivator, cheerleader and with a lot of uncertainty. But it’s worth it because you can dream big and if you stick with it, those dreams will keep you feeling alive,” she advised. 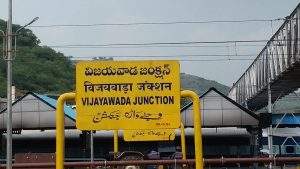 Previous post The Best Places to Visit in Vijayawada 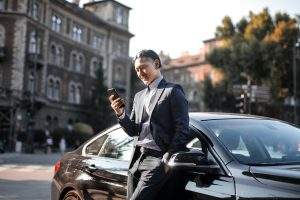 Next post The Best Advice Online for Buying a Used Car