Palm, the legendary mobile computing brand popularly known for its revolutionary personal digital assistant (PDA), is set for a rebirth after nearly 10 years of absence from the Smartphone market. As you can recall, Palm Pilot was arguably the cutting edge technology in mobile computing in early 2000s.

The Palm PDA helped people to manage calendar items and contacts, and could tit well in a pocket. However, the reality in the tech industry is one day you are in and before you know it, next day you are out. With the emergence of Apple’s iPhones and Google’s Android, which provided a wider capability of a Smart gadget, no one really needed a PDA. Palm tried to fight back by jumping into making windows mobile phones and later the Pre, which ran on the WebOS operating system but did not catch up with the industry pace setters. In fact, the brand has released a phone since 2010, but it’s now planning to re-enter the tech sector.

This time introducing a tiny, on-the-go smartphone lying between the regular-sized smartphone and smart watch. The ultra-mobile Palm phone is designed as a travel-size gadget and focuses on minimizing distraction and increasing mobility, keeping you present and connected.

The new Palm phone resembles an iPhone about the size of a credit card, 2 by 3.8 inches with a 3.3’’ display, and can fit perfectly on you palm. The mini smartphone runs on Android 8.1 and syncs with your regular smartphone allowing you to customize use your favourite mobile apps and functionalities. Besides,  Palm enables you to stay connected but not a slave to your phone as you can customize notifications and control various features, so that you only receive notifications how and when you want.

What’s more, it is IP68 water-resistant and comes with 3GB RAM, 32 GB internal storage, Snapdragon 435 and 800m Ah battery, which lasts for approximately 8 hours when fully charged. The gadget is priced at $349, and is available exclusively on Verizon. The general idea is a gadget you can comfortably carry around and leave your phone at home hence solving the app addiction problem.

Does the newly reborn Palm phone make sense in the big-display gadget era?

The size of the modern smartphone displays are only getting bigger with most iPhones and Android phones having at least 6” display. This makes one to doubt the success of the ultra-mobile, which takes us back to the small-size phone but considering its features, there is a significant opportunity for the new gadget to succeed in the modern mobile market.

The small display phone is not a new trend in the market, but ultra-mobile is more than just a minimalist phone which strip smartphone features down to only calling and texting. Though Palm mini-phone is a companion device, it is also a fully-featured smartphone with both back and front camera and a normal Android version which allows you to install apps from the Google Play store.

This means that the gadget will work perfectly with android mobile apps, and for the developers there will be no incurring extra cost to make an app that is ultra-mobile specific. With smartphone features and functionalities, most people will go for the ultra-mobile to offload the heavy weight off the regular smart phone. Moreover, the tiny companion phone can sync with both Android phones and iPhone, meaning it targets the majority of the mobile users.

In the current mobile computing market, the main industry players are concentrating on making the mobile devices larger and larger, but in this case Palm has taken a different strategy. Focusing on a ‘life first’ strategy can be an advantage for the brand as the new gadget aims to be an extension of your life, but not an integral part of the life.

It aims at combating app addiction, but still keeps you connected when need be to improve your productivity. Palm builders have given much emphasis to speed and accessibility.

You can simply use the voice feature to access apps, the Life Mode tool enables you to receive notifications and texts under your own terms, as it turns on the Airplane mode off the device when the screed display goes off, unless you are using other applications such as GPS, calling or streaming. The design gives you a smart control over how and when to be connected allowing you to live the life of the moment.

Another success indicator for the Palm ultra-mobile device is the nostalgia tech play effect. The brand is not new in the mobile device market, and this can give it an advantage in the market today. The brand’s 2000s glory is still fresh in the mind of most people who witnessed it.

As a matter of fact, Palm’s phones were ahead of time and I bet that most people will go for the new ultra-mobile smartphone as they were already connected to the brand. Unfortunately, the sleek WebOS is not part of this comeback which may frustrate some.

However, nostalgia cannot drive the popularity of the phone but coined with a vote of confidence by Verizon, a reputable carriers and investor Stephen curry as well as its affordable price is a good starting point for Palm.

As it seems clear that Palm comeback is real and in the air, it will be important for accessory designers, developers planning to build an app of the future and digital marketer to consider incorporating the needs of small devices such as the Palm Ultra Mobile Smartphone into their designs. Shahid Mansuri Co-founded Peerbits, one of the leading software development company  USA, in 2011. His visionary leadership and flamboyant management style have yield fruitful results for the company. He believes in sharing his strong knowledge base with learned concentration on entrepreneurship and business. 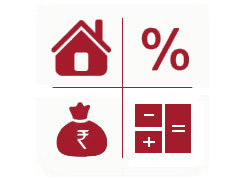