It’s no secret that opioid addiction has spread rampantly throughout the United States. More often than not, addiction begins innocently and seemingly without provocation. Prescriptions are often written by primary care physicians to treat the pain of all sorts, from bone-breaking accidents to chronic pain management. While opiates are proven to subside pain, there are negative consequences to prolonged use and abuse. Leaving the individual subject to potential addiction, the risks can oftentimes outweigh the benefits.

According to ASAM “Drug overdose is the leading cause of accidental death in the US, with 52,404 lethal drug overdoses in 2015. Opioid addiction is driving this epidemic, with 20,101 overdose deaths related to prescription pain relievers, and 12,990 overdose deaths related to heroin in 2015. From 1999 to 2008, overdose death rates, sales and substance use disorder treatment admissions related to prescription pain relievers increased in parallel.” Statistical resources provide overwhelming evidence to support the opiate epidemic in the U.S. Opiates are classified as narcotics and act as a depressant, affecting the central nervous system. Ignorance to the stronghold of these medications ultimately leads to dependence and abuse.

There has been a long-term debate concerning addiction. In the early 1930’s many scientists concluded that addiction was contributed to a lack of willpower. These ideas continue to plague society’s view on addiction treatment as a moral failing rather than a chronic disease. Unfortunately, this has had created dramatic consequences for recovery with emphasis on punishment over treatment. The stigmas attached to substance abuse continue to create a barrier between the addict and recovery. As studies continue, science has proven that substance abuse affects the brain and changes behavior. Biological and environmental factors can also play a major role in the disease of addiction. Research has also shown that genetic variations contribute to addiction and this has given way to providing more specific treatment for substance abuse. Addiction, like many other diseases, disrupts the normal function of major organs such as the brain, heart, and liver. While researchers believe addiction is a lifelong disease, with treatment the side effects and harms can be avoided and recovery is possible.

Opioid receptors are located all throughout the human brain. Neurotransmitters are responsible for producing a communication between the brain and the body, such as opioid receptors. The functionality of these receptors is to act as active sites for pain reduction and induce pleasure responses. When these receptors fire off, dopamine floods the brain and can create a euphoric state. Opiates bind to specific receptors producing a similar effect to the natural chemicals that block out the perception of pain. Opiate produce an effect almost 1,000 times more potent than natural chemical produced in the body and naturally, the brain and body adjust to the new levels. This effect manifests the vulnerability to abuse and dependency. The brain seeks to mimic and replenish the effects that stimulate the pleasure sensories. Receptors become less sensitive to the influx of opiates and a tolerance is established, requiring more and more of the substance. Thus the cycle continues. Prolonged use of opiates and the stress on the brain can ultimately lead to addiction and sometimes overdose.

Prolonged use and abuse of opiates is detrimental to the body. Addicts abusing opiates are at a much higher risk of premature death and serious health complications. As the individual’s tolerance increases the negative effects on the body increase as well. The deleterious effects on the human body can create chronic and even fatal consequences. Psychological effects of opioid abuse can last for years which is why therapy and supportive resources are quintessential to maintaining long-term sobriety. The only way to relieve these symptoms is total abstinence. As addiction plagues the U.S. more treatment options and resources have become readily available for any addict struggling to achieve sobriety. Recovery is an all-encompassing lifestyle that requires rehabilitation for the mind, body, and soul. 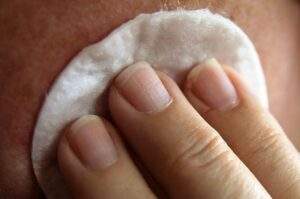 Next post 3 Key Ecommerce Success Factors You Must Know About