Traveling on your own or in a group like those organized, the issue of money is fundamental. Even in all-inclusive tours, there will always be something to pay separately. For this reason, on this page, we explain basic economic aspects such as what is the Moroccan currency, how much is the Moroccan dirham exchange rate, what are the bank opening hours and much more.

If you are considering when to visit Morocco, it all depends on the region you want to visit. In general, spring is the best time to visit the country of morocco, when the trees are in bloom and the landscapes show all their beauty in morocco.

The exchange of Moroccan currency is not free. Its exchange rate is included in a ‘simplified basket’ composed of the currencies of the main trading partners, the euro and the dollar. The exchange rate tip does change every day at about 1 euro to 10.55 dirhams.

You can change money in Morocco you can go to the banks of the country, which are present in all the cities. You can also do it in the exchange offices. Banks are open from Monday to Friday except on holidays and you can exchange foreign currency and traveler’s checks, as well as use credit cards. In general, it is a quick and easy operation, and exchange rates vary little from one bank to another. One of the best banks is probably the Banque Marocaine du Commerce Extérieur (BMCE). Credit card and ATM advances incur a fee of about 1.5%.

On the other hand, you will find bureaux de change in all cities, airports, borders and seaports. There are also hotels that have currency exchange and traveler’s checks.

To find out how many Moroccan dirhams an amount is equivalent to in your local currency, you can use the currency converter on this page. For information on exchange regulations and policy, see the Office des changes (Moroccan Exchange Agency) and the Central Bank of Morocco.

It is better to withdraw money directly from the bank during its opening hours to avoid possible problems with your credit card.

For each cash withdrawal at ATMs, a variable fee will be applied to your account. Therefore, we advise you to inform yourself before making them and avoid making too many cash withdrawals from ATMs.

They are accepted by most hotels of a certain level, as well as in some restaurants and stores, but rarely at gas stations. Many credit card scams are now being carried out all over the world, so we advise you to always accompany the merchant with the card until payment is made. The fees are very high for retailers, so many will not accept or excuse themselves by saying their POS is broken.

In the most exclusive restaurants, customers are expected to leave a tip for the service provided, usually between 10 and 15% of the bill. In more modest establishments, leaving one or two dirhams will suffice. Tipping is common for many services in Morocco, from tour guides to valet parking to toilet cleaners in establishments and many others.

Generally speaking, traveling comfortably in Morocco will cost between 40 and 50 euros per day. Those who do not have too much budget and are willing to camp or stay in pensions can survive without problems with 15 or 20€ per day. But keep in mind that whims are expensive, as drinking a beer can cost around 4 €.

For the camel ride in Morocco, it does not cost more than 40 euros as many other travel agencies claim

Travel is relatively cheap and there are many transportation alternatives. The most economical means of transport is the bus, while the train stands out for its comfort and punctuality. However, the Grand Taxi can be a personalized and even cheaper option than all this, especially if you have good negotiating skills and get occupants for all the seats in the vehicle. On the other hand, the minivan with an English-speaking driver is an interesting

High budget from 25 Euros from 50 Euros 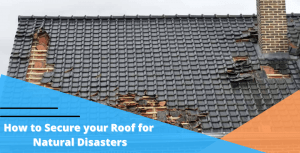 Previous post How to Secure your Roof for Natural Disasters