According to the report by Statista, there were 2 billion Android users in the world in 2021. In 2021,  Android users were able to choose from 3.48 million apps from the Google Play store, making it the biggest store for mobile applications.

The surge in the number of applications is because more and more businesses are getting Android apps developed to maintain an effective medium of communication with their customers.

Let us do Kotlin Vs. Java debate once more, and you will have a clear understanding of which programming language to opt for and whether you should hire Kotlin developer or a Java developer for your Android application development.

Kotlin is an open-source statically typed pragmatic programming language. It is concise and safe and can be used almost everywhere where Java is used and is seamlessly compatible with all Java frameworks. Kotlin is compiled in bytecodes, and it runs on Java Virtual Machine(JVM) as Java. Even if you have both Java and Kotlin code in your project, it will work because all the frameworks for Java work for Kotlin as well. All the leading IDEs (Integrated Development Environments) like Eclipse, Android Studio, NetBeans, etc., supports Kotlin. Also, via Kotlin Multiplatform, you can compile JavaScript and native iOS code. Kotlin is used by tech giants like Trello, Uber, Twitter, Netflix, Pinterest, etc., for their Android apps.

Java is a universal language and has been in the development field for a long time. Java is a scalable, secure, and robust programming language used for Android applications development. Java code is compiled to bytecode and run on JVM. It is an open-source language with secure libraries managed by Google, Apache, and others.

Comparison Between Kotlin and Java

It might seem unfair to compare a language that is popular for years and the one that has been in the market for a few years on this basis. Kotlin has made its mark in various ways that we are comparing it today on various parameters.

When it comes to speed, Java and Kotlin have almost the same speed of coding. However, Kotlin is more concise. This reduces the chances of making errors, ultimately simplifying the developer’s job. So for larger projects, it will typically require fewer lines of code than Java to write the same functions. Also, if you are coding in Java, finding a solution will take more time in comparison to Kotlin. So basically, with Java, you have to write more otherwise, the speed is almost the same for both. If you want faster development of your app then you can consider to hire Kotlin developer.

Kotlin has more features than Java and is more convenient to work with multithreading applications. But due to more features, compilation in Kotlin is slower compared to Java. Whereas Java is simple and has fewer features making its compilation faster. But both Kotlin and Java compile to bytecode, and both run on JVM. So it is a tedious task to compare when it comes to its memory usage. But this difference is not noticeable and varies.

Java has been in the development scenario for a long time. It has versions with long-term support, which means if something goes wrong with the current versions, their developers will quickly fix it with a patch. On the other hand, Kotlin is an established language, but it is new compared to Java. So no version of it has long-term support.

For an abstract thinker, Kotlin is the best choice. Because of type interference, explicit nullability, standard library, and fewer lines of code, developers find it easy to use. On the other hand, Java is simple to learn and code. You have enough tutorials and books to refer to. But you have to write more lines of code than Kotlin because Java is not that concise. This can be intimidating if you have large projects. So, if you hire a dedicated Kotlin developer, he might deliver your project faster.

So, which language will you opt for? Well, that depends on your needs. Though there is a lot of similarity in both the languages but they are best suited for different tasks. Java is the universal language. It was used for developing Android applications and then made its way to eCommerce and enterprise systems. On the other hand, Kotlin is for developing modern-day applications. Most of the apps on the Google play store are developed using Kotlin. If you want it too, you can hire dedicated Kotlin developer, and he will handle the rest.

Java is the universal language whereas Kotlin has made its mark with its concise nature and its compatibility with all Java frameworks. So if you are planning to get an app developed in Android and are confused between these two languages, then this article is for you. 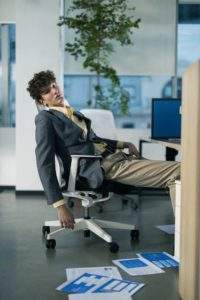 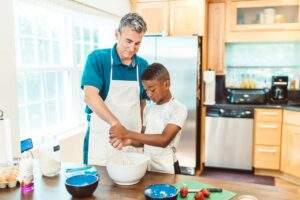 Next post What Do You Need to Become a Foster Parent?