IMO Results will be declared soon in January 2018 by the conducting body SOF (Science Olympiad Foundation). The 11thIMO exam will be held on the respective scheduled dates i.e. 5th and 14th December 2017. And the result will be declared after the exam is conducted. As, SOF (Science Olympiad Foundation) is a Non- Profit institution which has effective IMO (International Mathematics Olympiad).

IMO is regulated for all the candidates so that they can recognize and check their capability in mathematics. So, that the applicants may recognize and improve their weak points to make them good in Mathematics. As, it is well known by all the participants that before the IMO results will be declared the officials will release the IMO answer keys so that the appeared candidates may expect their final results by rechecking their attempted answers with the released answer key. The answer key is released for the set A, B and set C of IMO exam. All the appeared candidates can now check their attempted answers with the released answer key according to their Sets.

The IMO answer keys (Set A, B and C) are released for the level 1International Mathematical Olympiad exam and the candidates can now justify their final results. The candidates who will successfully qualify the level 1 exam only will be eligible to appear in the IMO level 2 exams which will be held expectedly in February 2018. The applicants can check their IMO results by visiting the official website of Science Olympiad Foundation or else they can get their score card on their referred mobile number (working) through SMS facility. The score cardswill be declared and will be formed of the total score scored by the candidates.

To DownloadIMO results the appeared candidates have to enter their preferred roll numbers which they were allotted while they were applying for the Olympiad exam in the following mentioned format which is presented in the given example. For eg.- AN0001-04-001, where AN0001 would be the school code of the participants, 04 would be their class number and 001 would be their provided roll numbers. All the participants are advised to take a print out of their downloaded score card for their further future preferences. And to avoid the situation of misplacement of their printed copy of their downloaded score card the applicants can take 2-3 copies.

The qualifying criterion for the next level exam is mentioned below:

After, the exam is conducted all the applicants those who have appeared for Science Olympiad foundation will be awarded a Student Performance Report (SPR) which will be a thorough analysis of how the applicants have attempted their International Mathematical level 1 Olympiad exam. This report will begiven to enable the participants to know and also to understand their strengths and their weak areas which they have to improve in complete terms. After IMO results declaration if in case the candidate qualifies in the level 1 result then they have to prepare themselves for the next round i.e. level 2 exam. 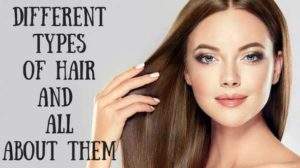 Previous post Different Types of Hair and All about Them Next post 3 Ways to Have a Fun Packed Yacht Trip