Since its inception, it faced a lot of criticism and was believed to be very controversial because the institutions and individuals were not sure whether the results are conclusive. The first ever use of DNA testing in a criminal investigation was made in England in 1987 where a criminal was found guilty of two murders.

DNA or Deoxyribonucleic Acid is a molecule used to find out blueprints for genetic framework of living organisms.As we have told the concept was initiated in 1980s and since that time investigation agencies like FBI has been using this to figure out who the real culprit is in their interrogations.

Use of DNA Testing in Investigations

As we know that every human being on the planet has a unique blueprint, unique DNA like fingerprints and the investigation agencies use these blueprints to reach the actual miscreants whenever an unfortunate eventuality happens. The concept is that DNA testing can be done through hair, semen, blood, saliva, nails, skin and other body elements. Whenever anyone of these is found at a crime spot, the agencies send the samples to labs where these are tested to match with the previous recorded samples.

Example of DNA Use in Criminal Prosecutions

A 15 years old girl Lynda in England was abducted and her body was found few days later. She was raped and murdered. Three years later, a very same incident happened with another girl near Lynda’s residence and it was very troublesome for the investigation agencies and police. They decide to use DNA testing for this purpose. A man, Richard Buckland, was arrested for being suspected and tested for the incident.

The DAN tests proved him innocent. Later on more than 5000 individuals were arrested and presented for testing in the local area. Colin Pitchfork convinced his friend to go for test on his place. He was then heard manipulating the investigation and caught to be tested. His DNA samples proved that he was the person who was involved in both murders. Thus first time in 1987 the DNA testing proved handy in investigations and reaching the criminals.

When it was introduced, its use in such investigations was found very accurate and the experts started believing in it. This was the time DNA testing was accepted in criminal interrogations. The courts also accepted the evidences.

When the samples are tested, the scientists do everything with great care. If they have two proper samples, they can easily determine the match and catch the desired person. FBI has a data of more than 6 million individuals and when they get a sample from the crime location, they test and match it with the recorded samples. It helps a lot in finding the accurate results.

The above discussions gives a clear idea that how DNA testing done, its use in investigations and how the agencies approach real culprits. Nowadays, the NDA technology has become very famous and a widely used tactic to capture criminals. Stealing, property crimes, street robberies, murders and such other eventualities are common in every state and DNA testing has offered a great deal of help in reducing the crime rates. 1% of the total crimes throughout the world are investigated through DNA testing and 40% chances of fair interrogation increase with it. 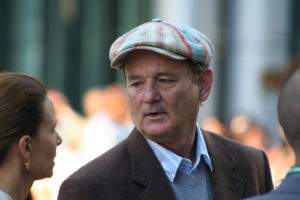