Perfume Fendi Palazzo is a bold and feminine, luxurious floral-woody fragrance based on the harmony of the orange blossom, “dedicated to the legendary Italian city – the great Rome, with its ancient history and culture, charm and scenic landscapes.” Fendi Palazzo is the true embodiment of luxury and aristocracy, elegance and romance.

Its name was received in honor of the headquarters of Fendi in Rome, located in an ancient building, built in the late 18th century and now known as Palazzo Fendi. The palace, located at the intersection of three famous streets: Via del Corso, via deiCondotti and Via di Fontanella Borghese, was completely restored to the 80th anniversary of the Italian Fashion House (author of the restoration project – architect Peter Marino (Peter Marina)).

Above the composition worked Francois Demachy (Francois Demachy) , chief perfumer of the House Christian Dior , head of perfumery development of the concern LVHM , which since 2005 includes the brand FENDI. The couturier of the House of Fandi Karl Lagerfeld, the author of the “architectural” idea of ​​the new fragrance, and the heiress of the legendary brand Silvia Fendi, who wanted to create a fragrance that attracts attention to a woman and her perfume, also participated in the development.

The opening of the composition Palazzo eau de Parfum is based on the sweet freshness of the citrus chord (bergamot, lemon and mandarin) framed by the piquant accents of pink pepper. In the “heart” the floral notes of lush jasmine and the Bulgarian rose are seductive, complementing the feminine harmony of the extraordinarily sensual orange blossom (this tender flower from ancient times was one of the elements of Mediterranean culture). A soft wooden train, rich and sexy, gossiped from sandalwood, guaiac wood and smoky shades of patchouli.

The luxurious design of the Palazzo Fendi bottle was coined by Lagerfeld. The bottle of simple rectangular shape is made of transparent glass and is crowned with an elegant baroque cap, which is a gold cube with a brand logo placed inside a more voluminous acrylic shell. The bottle is decorated with the image of a palazzo of the Renaissance.

The face of Fendi Palazzo’s advertising was the Brazilian model Raquelle Zimmermann (Raquel Zimmermann). The main inspirer and photographer of the advertising company became Karl Lagerfeld. Palazzo draws the image of a young girl from another era, another era. She is beautiful and charming, incomprehensible in her immediacy and naivety.

Fendi Palazzo is an aroma that was hoped to become a symbol of a new era of perfume at the House of Fendi, because after the arrival of the new management, the release of all the early fragrances of the brand was discontinued. In 2008, a presentation of the toilet water of Fendi Palazzo Eau de Toilette was held. However, in 2009, the release of the fragrance was completely terminated with the wording: “not justified commercial expectations, but with good potential for its renewal in the future.” 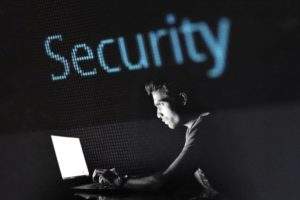 Next post Salesforce Consultant: Personnel Who Can Give a Boost Your Business Revenue