Stash Capar’s first foray into the world of filmmaking was as an editor, then as a creative producer, for an in-house creative agency at a major European broadcaster. This role was responsible for all aspects of production and had to conceptualize, produce, and often shoot promos and other forms of content on a weekly basis. It was an intense job with high output, but in his own words “the perfect training ground to one day become a commercial director.”

In 2013, Capar was nominated at the Cannes Young Director Award, which landed him his first representation with the prestigious Toronto production company Spy Films. Soon after he was recognized at the Shoot New Directors Showcase, and from there his career took off.  Now as a leader in his industry, he spends each and every day doing what he loves most.

Millions around the world have seen Capar’s work, although they may be unaware that he is responsible for those tear-jerking commercials that stay on their minds long after they end. His “Like Mom Does” Tylenol spot showcasing the love between a mother and child over the years is a moving work of art, and his 8-minute long Becel commercial starring award-winning Canadian actor and star of Kim’s Convenience Andrew Phung brings on the laughs with an incredible amount of oat-based puns. Other major brands he has created outstanding content for include Lysol, Gerber, Shift.MS, and Danone, the last of which took Capar to Thailand to shoot a prestigious commercial for the Chinese market.

The Danone commercial was a highlight for Capar, as it was a global effort. The 2018 project was conceptualized by a French ad agency for their Swiss client and would be shooting in Thailand to go out in the Chinese market, with key creatives coming from Poland and Lebanon, in addition to Capar from Canada.

Shot in Khao Yai national park with over a dozen toddlers on set, the commercial showed toddlers conquering nature as a metaphor for becoming independent and overcoming adversity.

“It was really interesting to see how different marketing a Danone product is in China compared to Europe or North America. Consumers have very different emotional priorities and visual tastes. Since I had spent so much of my life in different places, I was able to understand the client’s thought process quickly and adapt that thinking into the commercial. I made something that was still ‘me’, but very much tailored for the Chinese market,” said Capar.

Capar arrived in Bangkok weeks before the shoot and got to work right away. It was an immensely demanding commercial, as directing one toddler can be a challenge in itself, so getting over a dozen to follow direction in front of the camera took a lot of patience and skill for Capar, who is known for his incredible ability to get great performances out of children.

For the lead role, a massive casting search took place, with Capar’s team scouring all corners of Southeast Asia and even conducting remote sessions in Shanghai to find the child that would best capture the spirit of the Danone brand for the Chinese market.

“Out of nearly a hundred toddlers I had seen, there was just one that I felt could do the job, a little boy named Nine. We hired him along with two body doubles, both of whom gave us nothing but trouble, while Nine had a perfect day.  He worked from morning to sunset with rest breaks every couple of hours, during which time we would bring in his body doubles and shoot anything that didn’t require his face,” Capar recalled.

Capar developed inventive techniques for getting Nine to do specific actions, from treats on fishing rods, just out of frame, to hidden shiny objects in the bushes and grass, which he would run to while the camera rolled on him.

On set they had five languages, with the clients speaking Mandarin to each other, the agency speaking French, the crew speaking Thai, the Assistant Director speaking English, and the cinematographer speaking Polish. Knowing English, French, and Polish, Capar could effectively lead such a diverse team.

“After the shoot I flew straight to Paris for post-production, which was a wonderful experience as well, although in a completely different way. Every morning I would show up to edit and climb a winding marble staircase, then go through a 200-year-old door to get into the suite where the editor was waiting for me,” he said. “Whenever you return home from such a dynamic experience like that you get a little sad that it’s over, but hopefully it gives you motivation to lock in the next one.”

The commercial was shown on TV, nationally, across China. Danone had a substantial sales boost in China due to Capar’s commercial, becoming the #2 market for the brand just behind the U.S. The success is a standard for Capar, whose work often contributes to an increase of sales and brand recognition but leading such a diverse set is still very memorable to him. It felt like he was coming full circle from his creative producer days, and that is something he quite enjoyed. 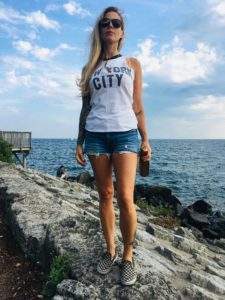 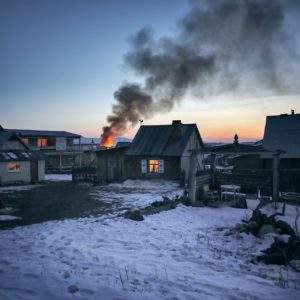 Next post What Is Residential Building Fire Protection System Testing?