Cinematography is on Evan Ciniello’s mind at all times. Imagery, storytelling, lighting, these are all things that this Mississauga, Canada native is constantly considering. He was only twelve years old when he first picked up a camera, and now, almost two decades later, it is all he knows and his truest passion.

“I love images, I love stories, I love lighting. There is nothing more exciting to me than a beautiful photograph or a meaningful image. How could I not want this to be my career? I feel grateful to make images every day and I think it really is one of the best jobs out there,” he says.

Ciniello has been a force in the North American film industry for several years, working with music superstars on countless music videos that have been viewed by millions all over the world. Grammy winners Drake, Alessia Cara, and the Weeknd are just a few of the talented individuals Ciniello has collaborated with, and his work has been shown on major networks and award shows, such as the 2020 European Music Awards.

“The message of this commercial is really important to me, especially growing up in a world full of toxic masculinity. It was really special to be a part of a project that breaks apart gender norms. Through this process we saw men staying at home while their wife or partner was at work. This is not a new concept, of course, but I think it broke through some barriers in advertising. I believe that it is important to take the time away from work so as not to miss important parts of life, like raising a child,” says Ciniello.

Ciniello was ready to take on such an emotional and vulnerable commercial. He had done a TD bank ad with the same production company previously, and that commercial was in the same vein in terms of emotional storytelling. He had also done a few projects for brands like Advil and VICE that had a similar visual language. When they called him up, they knew Ciniello would bring the right intimate eye to the job and lens the story wholesomely.

“This project was a bit of an informal one in the realm of advertising. I enjoyed the process because we were able to shoot it more like a documentary versus a typical commercial. This helped us get the most natural footage possible because we were working with real people rather than actors,” Ciniello describes.

Because of the style of shoot, Ciniello made sure not to film it as a classic documentary. He wanted it to have that feel while still being an artistic piece. With his natural photographic eye, he was constantly thinking about the framing, wanting to be intentional with every shot while still being honest. His background in a mix of documentary and higher scale commercials allowed for an understanding that helped Ciniello elevate this project.

“I liked how stripped back the entire process was. We were able to use natural light for the majority of this shoot, creating an open and free flowing set which allowed our non-actor talent to feel comfortable. I find that working on traditional commercials, things can get quite congested in a space leaving everyone involved feeling very restrained. As a cinematographer, you are always striving to emulate the beautiful light we see at certain times of the day. So being able to schedule and truly embrace these times of day was quite refreshing,” he said.

Ciniello’s lighting and composition were intimate and vulnerable, which allowed the commercial to truly resonate with viewers and spark interest in Dove Men’s Care. The spot was shortlisted for a Clio Award in 2019 that recognizes innovation and creative excellence in advertising, design and communication, as judged by an international panel of advertising professionals. It was then featured in various online publications, recognizing the incredible work of the production team.

“It’s not often you get to work on a project with this much meaning in advertising. It

is more of a documentary and short film versus a traditional commercial. So just that

alone makes me really proud to be a part of this. We got involved in this project to tell a story and I believe we were successful in telling it honestly,” he concluded. 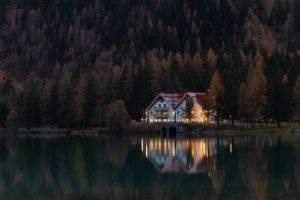 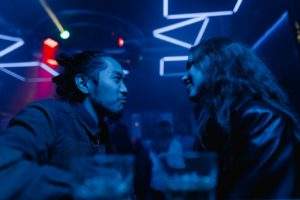 Next post What Do You Need to Have in Your Bag Before a Night Out?

The Girl Down The Hall