Growing up in Mexico City, José Andrés Solórzano Becerra spent his earliest years fascinated by cameras. His grandfather on his mother’s side was addicted to photography, so Solórzano was exposed to that artistry since he was a toddler. As he grew, his father gifted him a plastic point and shoot, which was glued to his hand at just six years of age. From that time, he has always had a camera close to him, and now, as an internationally sought-after cinematographer, that passion that developed as a child has grown to his life’s work.

Solórzano has had a formidable career working on countless acclaimed productions, from award-winning films such as Solace, to critically acclaimed series like Justin Bieber: Seasons, to viral commercial campaigns, including Citi Foundation and Girl Scouts of America’s “It Starts with a Question.” No matter the medium, Solórzano knows how to step behind a camera and act not only as a cinematographer, but also a storyteller.

His thoughtful approach is evident in Solórzano’s recent work on the documentary mini-series The Category Is… Mexico City. The series consists of six episodes following the lives and culture of a group of beautifully eccentric queer individuals as they interact with various themes: dance, love, fame and their chosen families.

“The Category Is… Mexico City is a story about a group of young adults that face the rigid structure of conservative society in Mexico and defy the traditional gender roles. Telling this story is crucial for modern society to keep on changing and better understanding the different genders that exist. Stories like this help to inform about the parts of humanity that are still unknown for so many people. I believe these kinds of stories help to bring understanding and tolerance to our society. Representation is not about having one story, but having a multiplicity of stories that help us all represent our truths inside and outside the screen,” said Solórzano.

Working with Director Ocean Vashti, Solórzano was eager to sink his teeth into a series that told such a beautiful and endearing story in his home of Mexico City and Voguing culture, a highly stylized form of dance created by black and Latino LGBTQ communities. Between the 1960’s and 80’s New York drag competitions known as “balls” transformed from elaborate pageantry to “vogue” battles.

“Shooting a documentary film is a unique opportunity to learn from different cultures. This had been true in all the documentaries I had shot, and it always helped me change my perspective on things and how I live my life. Working with a Voguing house in Mexico City allowed me to understand better the limitations that the transgender and queer community suffer in a conservative country such as Mexico,” he said.

Solórzano’s role as Director of Photography was to create the visual language to tell the story of this voguing house. He was in charge of choosing the camera and listing gear during pre-production, and during principal photography he was in charge of lensing and lighting the mini-series so the visual style could express the profound life journeys of each of the members inside of this voguing house. Every week involved new journeys and struggles for the characters, so choosing how to capture this essence was Solórzano’s main job.

In doing this, he took this pressure off the director, who could then focus on bigger picture items while Solórzano worked on the technical complexities from lighting and camera. This work allowed Vashti to portray the fears and desires of the different members of House of Mamis, and the combined work of the two of them allowed the audience to identify with these characters and understand their journeys. Solórzano maintains the mantra that good cinematography allows the story to be understood and connect emotionally with the audience.

“The greatest reward was learning about the voguing culture in Mexico and the world, but also getting to know the members of House of Mamis and their life journeys. The complexity of their lives and all the struggles they have faced not only taught me a lesson about being resilient, but also gave me courage to face my own struggles. That is what I love about shooting documentaries, I always learn something I can keep for the rest of my life after the filming is complete. The life lessons I learn are part of me, long after shooting the movie,” said Solórzano.

Solórzano’s love for the story was shared by the audience and critics alike. Under its previous name House of Mamis, The Category is… Mexico City saw great success, even taking home a 2018 GLAAD Media Award for Special Recognitions (Spanish Language), a tremendous honor for Solórzano. When he first began working on the project, he was aiming to educate and entertain his audience. The awards and accolades were an unexpected and rewarding result to his hard work.

“When we shot the project, it was such a small crew and very fast-paced that for me it was hard to grasp how it would all come together. Then once the different episodes were edited and post-production was done, I could not believe what I was a part of. The series has a completely different editing style than traditional documentaries and I was amazed by how immersive and captivating it was for me. But then, after it won a GLAAD award, I understood that I was not alone in my appreciation. The story, visual style, and editing all came together to make a unique piece that is interesting and fun to watch,” he concluded. 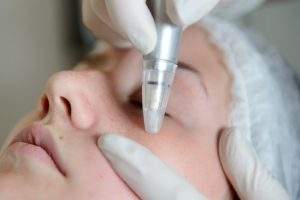 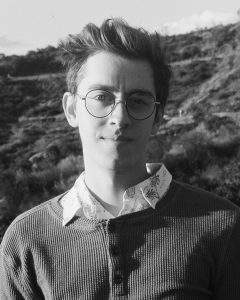