The banking system in India is considerably different from the other countries. This is because of the economic, social and geographic characteristics of mother India. She is the nation with unity in diversity and she also has a huge population.

All these characteristics have an effect on the structure. Not just the structure, but also the size of the Indian banking system. Also, to meet the needs of the government policy, the banking system was also subjected to many nationalized schemes.

The RBI Credit Policies create the guidelines for the banks in India. As they will have to meet the requests of the local people, the banks are long confined to the Indian borders. Origin of banking system in India:

In India, the banking system commenced in the last decades of the 18th century. The first banks in India were Bank of Hindustan and General Bank of India. Both these banks are no more into existence in the country.

The oldest bank that still stands in India is the State Bank of India. This bank popularly known as SBI has its origin in the Bank of Calcutta in June 1806. Then, the name of the bank became Bank of Bengal.

For candidates looking for banking awareness preparation tips for bank recruitment exams, these details are important.

The important reason for the growth and development of banking sector in India is the unique savings habit in India. This savings habit is a production of the family system in India. This habit has contributed to the development of branches for many banks across the country. Even, most public banks have their presence both in urban and rural India.

Other unique characteristics of the banking system in India:

The Indian Banking System might not be the best in the world. But there are certain unique opportunities that make banking as the core development area in the Indian Economy. These factors are discussed below:

The high population and also untapped potential is offered by the Indian market. So, the banking system in India will become the third largest in the world by 2025.

There are many other factors like development in the industrial sector, increase in the working urban population. Also, liberalization and Jan Dhan Yojana contribute to the growth of banking sector in India.

Increasing number of youngsters’ interest in working for banking sector:

Another major contributor for the uniqueness of the Indian banking system is that interest shown by youngsters. They wish to work for this sector. Youngsters are aware of the fact that they can get better job securities in this sector. When many young minds are hired to this sector through bank exams, improved innovations are possible.

Thanks to the interest shown by the Indian banks to recruit young talents. In fact, every year, the IBPS conducts PO and clerk examination for recruitment of the right candidates for public sector banks. Private Banks also offer the best employment prospects and opportunities for Indians. With all these contributors, it is expected that this sector will see a huge growth very shortly. 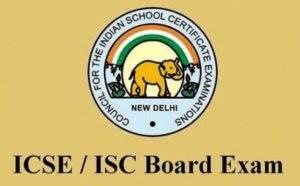 Previous post Why Should Parents Choose ICSE Board Schools in India? Next post Things to Eat Before and After Going Water Parks

What Are The Key Features & Benefits of Automated Employment Verification Solution?