A sufficient nursing force was lacking in US healthcare way before Covid-19 became a pandemic. In light of recent developments though, that fact has been made far more obvious than anyone could have ever predicted. As expected, this situation is putting nurses all around the States under a lot of stress. Despite the adversities, unemployment is certainly not an issue that a registered nurse (RN) will be facing anytime soon.

This brings us to the main question, which is, ‘is a bachelor’s degree worth the effort for working nurses?’ If registered nurses are already receiving better pay, and unemployment among RNs is extremely low, why should they pursue a BSN? The thing is, despite all the recent developments, a BSN degree is still very much worth pursuing even for working nurses. If anything, now is an even better time to get a bachelor’s degree in nursing than before. Stay with us as we elaborate on that answer with facts.

It’s true that pay boosts have become common for healthcare professionals in most states, cities and even towns lately, but the hierarchy of pay grades has not changed much. A registered nurse who holds a bachelor’s degree is still earning more than his/her under-baccalaureate coworker. For example, according to the United States Bureau of Labor Statistics (BLS) registered nurses were getting paid roughly $75,330 per year on an average in 2020. However, this stat is not really indicative of how much an under-baccalaureate registered nurse gets paid these days.

The issue here is that the salaries of RNs with BSN degrees are also included while calculating the median pay, as the BSN degree holders are also registered nurses as well. However, PayScale provides us with a comparatively more clarifying stat here. As we can see, RNs with a BSN degree earn about $87,000 per year on an average (mid-2021), which is higher than the national average income for all registered nurses in general by an impressive 15.5%.

The difference becomes far more obvious once we directly compare the average income of an under-baccalaureate registered nurse with that of the RNs with a bachelor’s degree. Quickly go through the comparisons below to know how much more a working nurse stands to gain by completing their BSN, if they have not already:

Admittedly, the pay difference is not as prominent in all fields of nursing, or in rural locations, but it’s always going to be there, and is never likely to be insignificant.

A suitably qualified, under-baccalaureate student has the opportunity to pursue an accelerated BSN nursing program at an institution like Baylor University. It should be clearly understood that accelerated BSN programs do not require the candidates to have a working RN license. In fact, most of the ABSN programs are designed for bachelor’s degree holders in disciplines other than nursing.

However, they are perfect for working RNs as well, if not more so. While the average ABSN program takes roughly 12 to 24 months, a qualified, working and experienced RN can finish the course even faster. As they are already working in a clinic, it is likely that they may not even have to attend most of the practical classes which are mandatory for undergrads from other disciplines. The benefits of pursuing an accelerated BSN course for working RNs can be highlighted as follows:

A BSN nurse gains access to more opportunities in every sense of the word, as compared to an associate RN. They get the opportunity to help more people because of their enhanced training and education, which automatically qualifies them for certain tasks which the average ADN nurses are not allowed to perform. On completing a BSN, RNs gain a more rounded understanding of the medical field, their jobs, as well as learning new techniques, procedures and more.

Other than the professional growth, there is of course the added opportunity to complete their graduation and become an MSN nurse. MSN nurses get paid on a different paygrade altogether, with the median income for some specialties easily crossing the $150,000 per year mark.

They are also far more likely to assume leadership roles as department heads, or in the case of MSN nurse practitioners, head of even an entire healthcare facility in a rural community. NPs are even allowed autonomous medical practitioner status in a large number of US states. Acquire DNP status with a doctorate and you could be leading entire districts or government departments in due time. However, the path to all that must begin with a BSN first.

Getting Your BSN May No Longer Remain Optional in the Future

In the near future, RNs with an associate degree may no longer have a say in the matter. Prior to the pandemic, the US healthcare department was making an active effort to make the BSN a mandatory qualification for all working nurses. Their plans had to be stalled due to the current developments, but it is only a matter of time before the bachelor’s degree becomes the minimum necessary qualification for all nurses in the United States.

To keep your job secured and also to avoid facing unnecessary inconveniences without sufficient notice, it is highly advisable for RNs without a bachelor’s degree to pursue their BSN as soon as they can. Just be careful about selecting the right school and the right program with the proper accreditations. 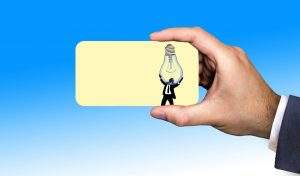 Next post Best Tips To Reduce and Prevent Neck Pain