Quite a few of the Premier League big boys have got a head start in the transfer window already. It is always great to get business done before a big international tournament gets underway, as it gives the new players the required time to settle in with their teammates, and gel into the side during pre-season. Chelsea, back in 2014, absolutely marveled at this getting in Cesc Fabregas and Diego Costa before the World Cup began in Brazil, and these players were lynchpins in their title-winning season the year after.

This time around though, The Blues seemed to have missed a trick. They finished 5th last season and missed out on the Champions League in the process. Antonio Conte, despite winning the league and the FA Cup in his two years in charge, is favourite to get sacked. Napoli’s Maurizio Sarri is the favourite to replace him, but Chelsea are yet to seal a definitive agreement to get the Italian to Stamford Bridge. They are unable to agree on the release clause to be paid to the Serie A side, who have already confirmed Carlo Ancelotti as their new manager going into the new season.

Chelsea need an overhaul not just of their manager, but also of their dressing room. A lot of the current players are just not good enough if the club wants to compete with Man City, Man United, Liverpool, Arsenal and Spurs, and Roman Abramovich needs to splash his cash on some top-quality reinforcements. However, that can’t really be done until they have finalized a manager to lead them onwards. The kind of players that Sarri might want to facilitate his free-flowing, tiki-taka style of football will be very different to the ones the more pragmatic Conte will want if he stays. The longer this drags, the lesser the time Chelsea will have to lay the foundation for the future.

The club have also put their plan to rebuild Stamford Bridge on hold. After a delay over his visa application to visit England, Russia billionaire Abramovich became an Israeli citizen last week. This allows him to visit the UK for a limited time period each year, but does not allow him to conduct business without a work permit.

City are closing in on deals for Riyad Mahrez and Jorginho, as they look to strengthen their title-winning team from last season. Liverpool have already got in midfielders Naby Keita and Fabinho. Arsenal, who lost manager Arsene Wenger after 22 years at the club, were quick to seal Unai Emery as the replacement. They are also reportedly closing on deals for defenders Stephan Lichtsteiner and Sokratis Papastathoupolous. Manchester United have all but agreed on a deal for Shakhtar Donetsk midfielder Fred. Spurs are yet to sign any big players but have tied down manager Mauricio Pochettino to a long-term deal.

In short, there ha been some sort of movement at all the big clubs apart from Chelsea. Let alone identifying any potential targets, they have not even decided on the man to take the club forward. There is no doubt that they have fallen behind. The Blues may be the most successful English club in terms of silverware since 2003, and no one can argue that Abramovich’s chop-and-change method has yielded rewards. But now they are at a stage where they need to rebuild their identity, with players like Frank Lampard, John Terry, Didier Drogba, Petr Cech, Ashley Cole and Michael Essien all having left the club. There is such fierce competition for the top 4 places that it wouldn’t take much for one of the contenders to fall adrift for a prolonged period of time. As things stand, Chelsea are very much looking like that club.

Robinson is a sports content writer from UK and these days he is engaged with Boxofficeevents.com which is an online authorized dealer of Chelsea football tickets in UK. 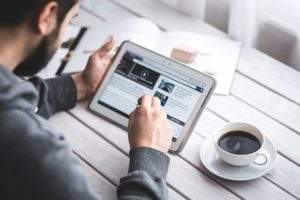