Software testing and Quality Assurance has been an integral part of Digital Transformation. In fact, test automation has been leveraged in the last few years to ensure optimal accuracy for various digital initiatives.

In testing, tasks are often repetitive, which kills both time and money. It is also monotonous. To avoid the issues, there have been efforts to introduce Artificial Intelligence to execute testing tasks. According to a recent report by PwC, 45% of the total economic gains by 2030 will come from product enhancement, simulating consumer demands. This is because AI is expected to drive better product variety, with better packaging.

Absolutely not! In this demanding environment, when a week’s work has to be done in a day, AI could be of great help. It not only decreases the possibilities of errors, but can also reduce the stress time over repetitive tests.

AI tools come with in-built capabilities to work smarter and track every inch of the activity.  This streamlines software testing and make it more effective for the teams. AI-powered tools are continuously able to track errors and make relevant changes.

AI platforms are widely used for their object application categorization for all user interfaces. It is also believed that AI would have additional capabilities of mapping and analyzing user behaviour, where a risk preference can even be assigned to identify the gaps within the application. It will also help to identify the bottlenecks and then determine the tests that should be undertaken.

In fact, AI will help users to take data-driven decisions and take a risk-based automation approach. It also helps testers to update their test cases manually and identify gaps in a much more effective way.

Organizations are considering AI to accelerate the test automation efforts and even look at smarter methodologies to make the testing activities more cost-effective. QA plays a major role in ensuring consumer experience, where test automation is necessary.

Performance and functionality needs should be tested rigorously. Robotics and artificial intelligence platforms are taking over the software testing done manually as they are cost-effective as well as time effective.

What actually is Artificial Intelligence?

Learning can be done by trial and error. For instance a simple computer problem of solving mate-in-one chess problems might try moves at random until the mate is found. The program then might store the solution with the position so that the computer when faced with a similar problem knows how to approach it.

Reasoning involves drawing inferences and there has been considerable effort in doing so when it comes to Artificial Intelligence in testing. While the inferences that are drawn are deductive in nature, drawing inferences relevant to the solution of the particular task or situation is the hardest problem confronting AI.

Problem solving has always been a separate skill set. In artificial intelligence, it may be characterized as a systematic search through arrange of possible actions in order to reach a predefined solution that would be useful for that particular technology. 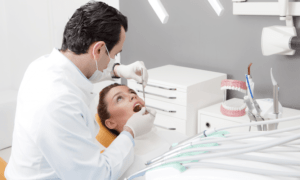