As the technological advancements have picked up an all-time high pace, the old trends in programming are making way for the newer and more advanced ones. Some of these new trends have emerged from the old techniques itself and assured efficient software development, better functionalities. So let’s look at some of those prevalent technologies in the area of computer programming and technology. Dockers are a type of open source tool, which is mostly used by mobile app developers. Dockers basically act as containers, used to operate the applications you create in any devices after development. It allows the developers to design and build software applications through virtualization. In recent times, dockers have been quite popular with the software developers, owing to its small size and, efficient functionalities and successful deployment.

Cyber security has turned out to be integral to everyday life and business, yet managing it becomes excruciatingly tough. Amidst widespread practices of cyber threats and data breach, a smooth and hassle-free functioning of technology has become all the more necessary also AI in healthcare. So businesses are moving beyond pure automation and looking for AI with enhanced data analytics and automated scripts.

PHP is open source web programming language, which is undeniably the most popular tool in the domain of web development. And with each passing day, its popularity is only going to escalate. PHP is the most used and most important tool for the web development industry. Using PHP as a web developing tool has become so prevalent that almost every web developer utilizes it for building and designing multiple websites.

Ruby on Rails is an emerging and most widely used technology in the sphere of web development, which has been slowly carving its position as a preferred programming language for the developers in recent years. It is basically an Object-Oriented Programming (OOP) language, which resembles the Perl and Python. It comes across as different from other web development systems owing to its user-friendly and excellent speed, customizations, cost-effectiveness, and flexible set of features.

Spark is the latest trend that has caught the fancy of the IT industry and is widely applied for processing both non-structured and structured data. The framework of Spark is actually a basic Java web framework where developers don’t necessarily have to acquainted with the knowledge of XML. It also enables rapid development. Moreover, it is quite similar to Had oop. It has managed to gain popularity because of its simple and straightforward architecture.

Java is the most widely utilized and acknowledged programming language in present times with all the major app organization still relying on it, even though it has gone through quite a few modifications in the past decade for smoother functions and increased efficiency. Being the most utilized software for building Android applications, Java is setting its own trend that may escalate its popularity to a new height in 2019. Along with unparalleled simplicity and readability, the software guarantees the legacy of Java applications to become more efficient for developers and most of the tools like hashtags generator, title creator, essay typing tool, convertors etc are made on Java technology.

Other than the IT industry, the consumer-oriented market segment is increasingly regulated by data. Organisations seek useful details about consumer behaviour and utilize it to boost the customer service. The colossal amount of data which is being utilized by organizations and analysts to gather relevant customer related insights is commonly recognized as Big Data. This Big Data analysis is definitely going to be a rampant practice in the area of programming.

All these programming and technology trends are going to transform the area of software development in 2019 and beyond. This way you can drive and propel your business operations even more seamlessly and effectively by adopting these programming trends. 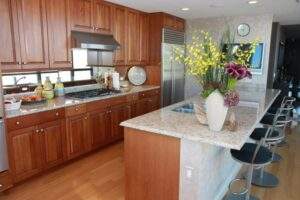 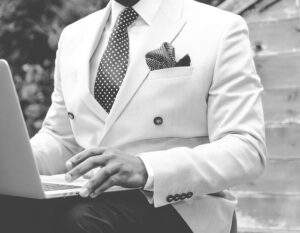 Next post How to Achieve Success If You Hate Goals