While it is true that liberty is something everyone has to fight for, this is often easier said than done and when it seems as if they have no support whatsoever, it’s easy for people who suffer from domestic abuse to sink into apathy and even depression. Nevertheless, it wouldn’t be fair to assume that their closest aren’t supporting them due to the lack of care, in fact, abusers are often so skilled in masking their trails and manipulating their partners, that, most of the time, these instances go completely unnoticed.

In order not to allow this to slip by you, here are several ways to tell if someone you know is a victim of a domestic abuse. This is a vital first step in helping them break off their chains and it is your responsibility as a loved one or at least a fellow human being to help them out in this respect. One of the most reliable indicators of a domestic abuse are physical signs such as bruises or marks on one’s skin. However, relying on physical evidence is not a 100 percent reliable method. Unless the abused person has marks on their face, it’s quite easy to conceal these marks with layers of clothes. In other words, if a person you’ve known for a while suddenly starts wearing clothes or makeup that are heavier than usual, this might be an indicator.

Nonetheless, sometimes, victims try to conceal these marks in other ways, most commonly they do so with excuses. For instance, while it is possible for a person to run into a doorknob or fall down the stairs if someone constantly comes up with such excuses, it’s quite likely that there’s something more sinister involved.

One more thing you should keep in mind is the fact that physical abuse often leaves a person in a similar state of mental exhaustion as the sleep deprivation, which helps your diagnostics quite a bit. After all, this is not something that’s as easy to hide.

Another thing you need to understand is the fact that domestic abuse scars someone from within, as well. Think about it in your workplace or outside, you’re supposed to be with strangers and acquaintances, while your home is supposed to be your sanctuary and your family a nucleus of safety. However, if this is not the case, one’s whole life can spin out of control, which makes them mistrust every single person out there.

These people are often so traumatized that they become emotionally withdrawn and isolated. The greatest problem with this is the fact that you have to know a person for a prolonged period of time to notice a change. Otherwise, you have no way of knowing who’s traumatized and who’s just introverted. On the other hand, social anxiety caused by abused and being introverted have some recognizable traits that can make them possible to distinguish. After all, social anxiety is something that merely gets into people’s way, whereas being introverted might be their way.

The next thing you can notice is the relationship this acquaintance of yours has with their partner. Earlier on, we mentioned that the victim is often so traumatized that they most likely won’t seek help on their own, yet, this is not so in the eyes of the abuser. They too live in a constant fear, the fear of being exposed, which is why they sometimes come off as too controlling.

For instance, if your coworker never goes to a drink after work or nervously look at the phone every time they do, it might be because of the abusive partner. Moreover, if they’re afraid to be seen walking, or even talking, to a person of opposite sex, they might be a target of a constant, violent jealousy. Even if things still haven’t escalated physically, excessive jealousy and possessiveness often lead to domestic violence. Still, according to domestic violence lawyers, about 34.4 percent of reported assailants, are friends or family members and not partners. In that case, these things might be slightly harder to spot.

Finally, physical abuse always goes hand in hand with emotional abuse, which leaves marks that are quite easy to recognize. First of all, it’s not that uncommon for a victim to start blaming themselves, which leads to a low self-esteem, them being apologetic or meek, as well as them being anxious (something we’ve already discussed) and agitated. It is also possible to recognize this through loss of interest in daily activities that they did care about in the past.

It is fairly easy to understand how the emotional toll that the victim undergoes on a daily basis makes them feel helpless and hopeless. The longer this goes on, the more severe this becomes, which means that all of the above-listed symptoms might only intensify with time.

As you might have noticed, symptoms of domestic violence are often similar to those of depression, which is not that hard to notice, especially given the fact that it often does lead to depression. In the most extreme cases, it isn’t that uncommon for a victim to try and take their own life, seeing as how they look at it as the only way out. Because of all this, it is even more important that you learn how to tell if someone is a victim of domestic violence. By learning to recognize this, you might end up saving a life of someone close. 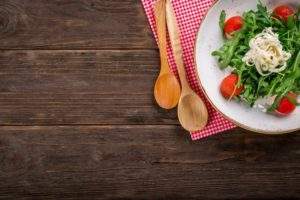 Previous post Reduce Your Weight Without Compromising Your Social Life 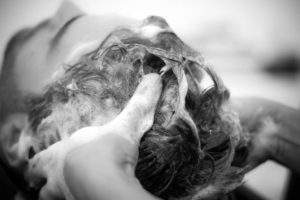 Next post How to Apply Shampoo the *Right* Way, in GIFs