If you are or have been a PC player and / or consoles, this article might be of interest to you. In this article you will find a selection of the biggest PC games and consoles that have been premastered for Android. Note that this is a non-exhaustive list. Your favorite is not in the list? Do not worry, you can add your stone to the building by commenting on this article at the end. Now, let’s go to the selection! If you are looking for free games that don’t need wifi you can check here. How not to evoke the mobile version of FIFA, the simulation of football of EA, in its version 2017 in our selection. FIFA Mobile Football is therefore definitely one of the best football simulations on Android at the moment. This 2017 version brings some interesting new features like better artificial intelligence, better graphics and a new gameplay. Funny thing this year, players are more emotional and more sensitive to events during the game. Particular attention has also been paid to the evolution of the teams since the content is updated daily to adapt to reality.

Finally, another interesting element seen by Electronic Arts, the game has been totally redesigned and designed exclusively for mobile with a download size of less than 100 MB. One of the disadvantages is that this application requires a permanent Internet connection and that each player is strongly incited to spend money. Another fault is that we often come across players with a significantly stronger team than his own and not against players of his level.

Of course, it’s not just the ball on the Play Store. Basketball fans also have their mobile version of NBA 2K17 with MyNBA2K17. There, too, do not expect to find exactly the same game experience as on console. However, the experience is very pleasant, provided you have a smartphone powerful enough to make the most of the graphics of this game (otherwise hello bugs).

Overall, MyNBA2K17 is definitely the best simulation of basketball on Android but the game leaves a taste of unfinished in the mouth. Efforts could be made notably to fluidify the experience and to avoid certain bugs hindering the overall experience.

TETRIS: for fans of puzzle game

Within the games that have lulled the childhood of many, we can also evoke the excellent TETRIS. Rather faithful at first, the porting of the console version for Android is pretty good, but slightly offset from reality. Indeed, the game is indeed a portage, but this one counts supplements that were not present in the original.

At the level of the grip, it is rather fluid and pleasant. The graphics are of course limited but efforts have been made compared to the version on Game Boy. Modernization with modes is appreciable and the game does not suffer from any particular bug or latency. Finally, only the presence of advertisements at each party can hinder the gaming experience.

Sonic The Hedgehog: the arcade in all its splendor

Should we still present Sonic, the most popular character in the whole SEGA universe? It is available now for free on Android. Note that it has not come alone, 4 other applications of SEGA have also landed on the Play Store.

For those who do not know Sonic, this is a blue hedgehog (yes, blue) that you have to move forward and jump when necessary. It can go very fast, so it’s better to stay focused! If it is free, it is not free of advertisements, the only way to get rid of it is to opt for the paid version (which costs 1.99 euros)..Anyway, is a real pleasure to discover this amusing universe full of pitfalls, where you play a blue hedgehog swirling from level to level?

Crazy Taxi: the crazy taxi driver is back

Among the other titles that have marked me small, I have a vague but rather good memory of Crazy Taxi on Dreamcast. What I loved the most was clearly to descend the slopes like a madman by dodging the cars on crazy music from the Offspring group, in particular.

For having recently replayed, I can say that the maneuverability and fluidity are truly at the rendezvous. Good news, Crazy Taxi is free recently.

Dungeons and Dragons was also an integral part of my childhood … and as much to tell you that I am not disappointed. On the contrary. Baldur’s Gate, known as the Portes de Baldur in France, is one of those excellent wines that is most faithfully inspired by this medieval-fantasy universe that marks the spirits of the iron.

Although they are installable on Android smartphones, it is recommended to have a tablet to enjoy it fully. I also advise you to play with a device powerful enough to avoid the bugs and various crashes to the maximum. Little disappointment, no backup via Google is possible. For the rest, it’s all good!

Long awaited on mobile platform, the famous franchise of Grand Theft Auto finally invited under Android (and also iOS). Rockstar Games therefore offers several licenses on Google Play. Among them, you can find:

Side maneuverability, it is clear that we are far from the consoles and PC versions, but it is still fairly honorable for mobile. The graphics are also very good for a game open world, let us remember. For this, you have to pay a sum of about 4 to 5 euros for each of them. If you want to get an idea before buying, here’s the trailer for Grand Theft Auto: San Andreas Android:  GTA: III , GTA: Vice City , GTA: San Andreas ,  GTA: Chinatown Wars  and  Grand Theft Auto: vice-city.

Available since 2013 on mobile platform, the porting of the PC version / consoles Android is described as excellent by the purists of the genre despite its great age. Playful side, the fluidity is truly at the rendezvous and this, even on a high-end mobile 2014-2015. In addition, the graphics have been reworked in HD for better visibility. It is even possible to configure the controls and / or to synchronize certain external joysticks.

Unfortunately, Max Payne Mobile is paying (2.99 euros) but it is the only price to pay to enjoy this very good game. By the way, know that the game is sometimes promoted, so be vigilant to the promos of the Play Store to enjoy.

At a time when more adaptable versions (such as Lara Croft: Relic Run and Lara Croft Go ) exist, the original Tomb Raider version of the name was also released on Android. Played at 1.09 euros on Google Play, the game is far from unanimous with the players since some criticize the tactile commands. It is true that the differences with the joysticks are important and that the game requires a certain time of learning since no remasterization was really done.

However, once well taken care of, it turns out to be an excellent action-adventure game with an HD graphics quality with totally reworked textures. For a little more than a euro, I can only advise you to go for it. And if you ever finish the game quickly, know that Tomb Raider 2 is also available on Android.

Square Enix has opened the portage of many titles of the license under Android; which includes the excellent third installment or Final Fantasy VII. However, it was the last installment in the Final Fantasy IX series that attracted me most.

At the level of the playability, the adaptation on touch screen is fluid and pleasant. The graphics also benefited from a refresh with textures, effects and shadows optimized for the screens in high definition. For Final Fantasy IX, Square Enix finally delivered a worn portage. The game relies on a very useful automatic backup system which activates each screen change, as always, the prices of Final Fantasy are at the limit of the acceptable. But for any good fan who respects itself, it is a must-have to own for 20 euros all the same.

The Bard’s Tale: a crazy journey into a fantastic universe

The Bard’s Tale offers a medieval-fantasy universe where goblins reign supreme, you play as a bard – a little crazy at the edges – who goes in search of gold pieces and necklines. Rather fluid on entry-level smartphones, the title includes the three volumes (1: Tales of the Unknown, 2: The Destiny Knight and 3: Thief of Fate).

Humor, no bug, a good adaptation of a PC game, a little old school graphics, songs to die of laughter, what to ask for better? In addition, the price is much more affordable than The Final Fantasy!

The Wolf Among us: the adventure game in point and click

Telltale Games, creators of the very good The Walking Dead, are also originally The Wolf among Us on Android. This is a point and click adventure game. The title is composed of several chapters where you must make important decisions that will decide the continuation of the adventure.

It is not necessarily the kind of title that I prefer but it is necessary to recognize that The Wolf Among us is well realized. The atmosphere is very dark and particularly violent, while resuming the codes of the black polar. Good news, it is quite possible to play and understand the game without having read the books before. Bad news, the game is entirely in English.

The Wolf Among Us

Did you find what you were looking for in this selection of games? Do you have a favorite title, even if it is not on this list? Are you waiting for a particular port, available on iPhone, but not yet under Android? Talk about them in the comments. 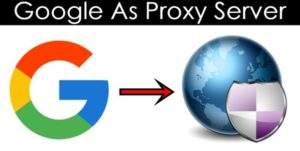